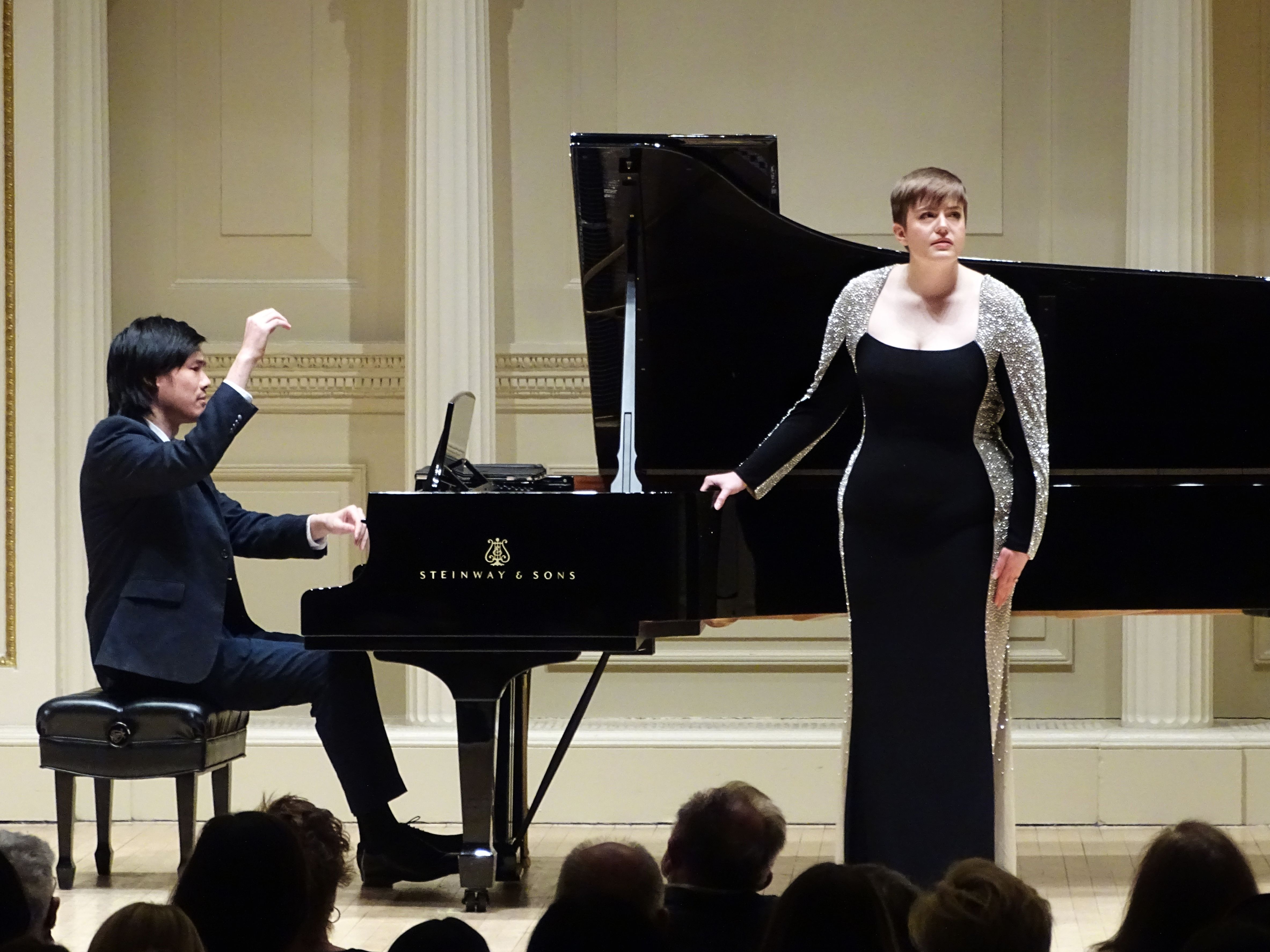 The Walter W. Naumburg presents ERIN WAGNER, mezzo-soprano, the winner of the 2021 Naumburg Vocal Award,  on Tuesday, April 19 at 7:30pm in Weill Recital Hall at Carnegie Hall.  Ms. Wagner will be collaborating with pianist Shawn Chang in a program titled “But How Things Change.” The program's title is derived from Errollyn Wallen's Daedolus, the work that opens the program's second half.  This work explores the mutual experiences and emotions brought on by the COVID-19 pandemic and how we might move forward.  Edie Hill's The Giver of Stars unearths the intimacy we craved during isolation; Faure's Four Songs immerse us into the euphoria when our lives begin to resemble normalcy as we reunited with our loved ones; Ravel's  Deux mélodies Hébraïques blesses and mourns those who have passed.  Marty’s Letter is dedicated to Erin’s father, Marty, who faced deep hardship as a child living with Osteogenesis Imperfecta, but never lost hope that he would overcome all challenges.  At age six, Marty wrote this letter to his grandmother, set to music by Shawn Chang.  The program ends with Mahler’s Rückert Lieder bridging the phases of life: joy in memory, desire for love, keenness for life, emptiness and relinquishment and finally peace.

Erin Wagner, winner of the 2021 Naumburg Vocal Award this past May, was recently named to this summer's roster of the acclaimed Merola Opera Program as well as an artist at the Houston Grand Opera Studio later this year.  She is a recipient of a Master's degree in Vocal Arts from Juilliard where she studied with Daneil Babidge; a Bachelor of Music degree from Manhattan School of Music where she studied with Joan Patenaude-Yarnell and performed in Warren Jones' Vocal Accompanying Seminar., as well as previous studies at the Chautauqua Institution, at Matthew Rose's Scuola di Bel Canto, and at SongFest as a Coburn Fellow.

Shawn Chang, pianist and composer, was recently named a pianist/coach to attend this summer's Merola Opera Program.  In 2020, he was named one of the Schwab Rising Stars of the Caramoor Music Festival.  Mr. Chang has appeared with pianist Steven Blier in a concert of Argentinian music presented by the New York Festival of Song (NYFOS).  He is currently pursuing a Doctor of Musical Arts degree at Manhattan School of Music under the tutelage of Kenneth Merrill.

The program, “But How Things Change” includes: