She made her solo debut as a vocalist with the Boston Symphony Orchestra in 1974. She was a soloist in Georg Handel's Messiah under Sir Colin Davis with the Boston Symphony Orchestra. She sang in Ludwig Beethoven's Ninth at the Kennedy Center in Washington D.C. under Leonard Bernstein, who invited her to perform his own Kaddish Symphony and Songfest. Davenny Wyner made her first New York City Opera appearance as Claudio Monteverdi's Poppea October 23, 1977. She received critical acclaim as the lead role in Maurice Ravel's opera L'Enfant et les Sortileges with Andre Previn; that 1981 recording was reissued in 1995 on the EMI Eminence label. Ms. Wyner made her Metropolitan Opera debut as Woglinde in Das Rheingold under Erich Leinsdorf, on October 8, 1981. She also recorded Erwartung, in 1981.

Following her accident, she studied conducting, leading to a subsequent career for which she has received critical acclaim. Davenny-Wyner studied at Yale and Columbia University and received conducting fellowships for study at the Tanglewood Music Festival, the Aspen Music Festival, and the Los Angeles Philharmonic Institute. Since, she has had conducting positions at the New England Conservatory, at the Cleveland Institute of Music, at Wellesley College and Cornell University, where she had once studied, at Brandeis University. In 1998, she was the assistant conductor at Chicago's Grant Park Music Festival, a position that was created especially for her. In April 1983, her career as a soprano was ended by an automobile/bicycling accident that damaged her vocal cords. 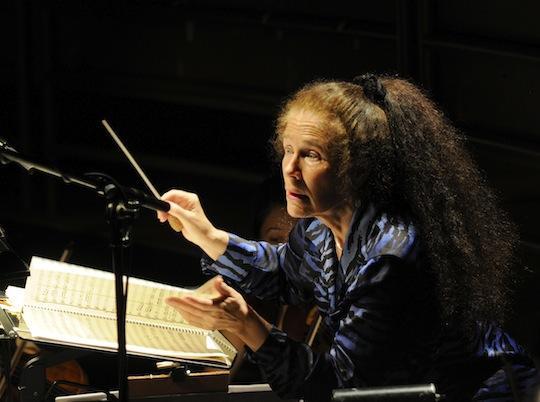