One of the most distinctive artists of his generation, Stephen Hough combines a distinguished career as a pianist with those of composer and writer. Named by The Economist as one of Twenty Living Polymaths, Hough was the first classical performer to be awarded a MacArthur Fellowship (2001) and was made a Commander of the Order of the British Empire (CBE) in the New Year’s Honours 2014. He was awarded Northwestern University’s 2008 Jean Gimbel Lane Prize in Piano, won the Royal Philharmonic Society Instrumentalist Award in 2010, and in 2016 was made an Honorary Member of RPS.Since taking first prize at the 1983 Naumburg Competition in New York, Hough has performed with many of the world’s major orchestras and has given recitals at the most prestigious concert halls. He is a regular guest at festivals such as Salzburg, La Roque- d'Anthéron, Mostly Mozart, Edinburgh, and BBC Proms, where he has made more than twenty concerto appearances. He has appeared with most of the major European and American orchestras and plays recitals regularly in major halls and concert series around the world. His recent engagements include recitals in Chicago, Hong Kong, London's Royal Festival Hall, New York’s Carnegie Hall and Lincoln Center, Paris, Boston, San Francisco, the Kennedy Center and Sydney; performances with the Czech, London and New York Philharmonics, the Chicago, Boston, Pittsburgh, San Francisco, St. Louis, National, Detroit, Dallas, Atlanta and Toronto symphonies, and the Philadelphia, Minnesota, Budapest Festival and Russian National Orchestras; and a performance televised worldwide with the Berlin Philharmonic and Sir Simon Rattle. He is also a regular guest at festivals such as Aldeburgh, Aspen, Blossom, Edinburgh, Hollywood Bowl, Mostly Mozart, Salzburg, Tanglewood, Verbier, Chicago’s Grant Park, Blossom, and the BBC Proms, where he has made over 25 concerto appearances, including playing all of the works written by Tchaikovsky for piano and orchestra over the summer of 2009, a series he later repeated with the Chicago Symphony.Many of his catalogue of over 60 albums have garnered international prizes including the Deutsche Schallplattenpreis, Diapason d’Or, Monde de la Musique, several Grammy nominations, eight Gramophone Magazine Awards including ‘Record of the Year’ in 1996 and 2003, and the Gramophone ‘Gold Disc’ Award in 2008, which named his complete Saint-Saens Piano Concertos as the best recording of the past 30 years. His 2012 recording of the complete Chopin Waltzes received the Diapason d’Or de l’Annee, France’s most prestigious recording award. His 2005 live recording of the Rachmaninoff Piano Concertos was the fastest selling recording in Hyperion’s history, while his 1987 recording of the Hummel concertos remains Chandos’ best-selling disc to date. His recent releases, all for Hyperion, include a recording of his mass, “Missa Mirabilis,” with the Colorado Symphony and Andrew Litton; a recital disc with Steven Isserlis including Hough's Sonata for cello and piano (Les Adieux); the Dvorak and Schumann concertos with the CBSO and Andris Nelsons; the Final Piano Pieces of Brahms; and the Five Beethoven Piano Concertos with Hannu Lintu and the Finnish Radio Symphony.Stephen Hough is also the featured artist in an iPad app about the Liszt Piano Sonata, which includes a fully-filmed performance and was released by the cutting-edge, award-winning company Touch Press.Published by Josef Weinberger, Mr. Hough has composed works for orchestra, choir, chamber ensemble and solo piano. His “Mass of Innocence and Experience” and “Missa Mirabilis” were respectively commissioned by and performed at London’s Westminster Abbey and Westminster Cathedral. In 2012, the Indianapolis Symphony commissioned and performed Mr. Hough’s own orchestration of “Missa Mirabilis,” which was subsequently performed by the BBC Symphony as part of Mr. Hough’s residency with the orchestra. Mr. Hough has also been commissioned by musicians of the Berlin Philharmonic, the Gilmore Foundation, The Genesis Foundation, the Walter W. Naumburg Foundation, London’s National Gallery, Wigmore Hall, Le Musée de Louvre and Musica Viva Australia among others.A noted writer, Mr. Hough regularly contributes articles for The Guardian, The Times, The Tablet, Gramophone and BBC Music Magazine and wrote a blog for The Telegraph for seven years which became one of the most popular and influential forums for cultural discussion and for which he wrote over six hundred articles. His book, The Bible as Prayer, was published by Bloomsbury and Paulist Press in 2007; his first novel, The Final Retreat, was published in 2018 by Sylph Editions; and Rough Ideas, a collection of essays and reflections, was published by Faber and Faber in August 2019 and Farrar, Straus and Giroux in the US in 2020. Mr. Hough resides in London where he is a visiting professor at the Royal Academy of Music and holds the International Chair of Piano Studies at his alma mater, the Royal Northern College in Manchester. He is also a member of the faculty at The Juilliard School. 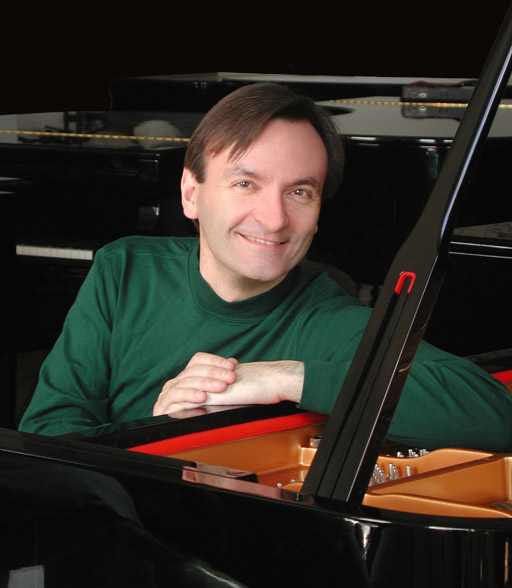