‍Shirley Verrett was an internationally renowned opera singer and concert recitalist. Her performances and recordings marked her as one the leading singers in the post-Marian Anderson generation of African American classical musicians.

Shirley Verrett was the second of six children born to Leon and Elvira Verrett. Prior to Shirley Verrett’s birth, the parents had converted to Seventh-Day Adventism and the Verrett children were raised in a somewhat restrictive religious environment in New Orleans. As her first voice teacher, Leon Verrett had the dream of his daughter becoming a recitalist in the tradition of Marian Anderson or Dorothy Maynor. In an effort to escape the overt racism in the south, Leon Verrett packed his family and moved to Oxnard, California in 1943. In 1948, at her father’s encouragement, Verrett entered and won a preliminary round of the Atwater Kent Vocal Competition. She was heard by celebrated baritone John Charles Thomas who offered her the opportunity to study voice with the celebrated soprano Lotte Lehman at the Music Academy of the West, but Verrett turned down the offer down. The following year she matriculated at the Seventh-Day Adventist’s Oakwood College in Huntsville, Alabama, but stayed only one semester before returning to Los Angeles to become engaged to real estate broker and sheriff deputy, James Carter.

She and Carter married in 1951 and Verrett sold real estate for several years in the San  Fernando Valley.  In 1955, she studied voice briefly with a Madame Consoli, but switched to another teacher, Anna Fitziu. She also studied spirituals and German lieder with the celebrated choral conductor, Hall Johnson and auditioned for Arthur Godfrey’s Talent Scouts to be filmed in New York. While in New York, Verrett auditioned for the Juilliard voice teacher Marion Freschl who persuaded her to enroll as a student. During her first semester at Juilliard, she entered the Marian Anderson Voice Competition and tied for first place. Although initially resistant to a career in opera (in part because Adventism rejection of the genre), Shirley Verrett saw Maria Callas in a 1956 performance of Bellini’s Norma and began moving in that direction. In 1957 she appeared in productions of The Rape of Lucretia and Lost in the Stars. In 1958 Verrett stared in a production of the later work staged by the New York City Opera and won the Walter S. Naumburg Award which gave her the opportunity to make her Town Hall debut as “Shirley Verrett-Carter.” The following year she ended her marriage to James Carter and was engaged by Leopold Stokowski to sing with the Houston Symphony Orchestra. The offer was withdrawn by the symphony board because of her race. Verrett made her European opera debut in Rasputin’s Todt in Cologne and also made her first commercial recording in Beethoven’s Ninth Symphony with Josef Krips conducting the London Symphony.

Verrett eventually performed with Stokowski, but with him leading the Philadelphia Orchestra. The engagement catapulted her onto a national stage. Verrett met Louis Lomonaco in 1960 and they married in 1963. That year she debuted as Carmen with the Bolshoi Opera (the first African American singer to perform with the company) and also sang several recitals throughout the Soviet Union.  In 1964, Verrett signed an exclusive contract with RCA and records several operas and concerts for the label.  Between 1966 and 1968, Verrett sang the mezzo leads in several Europe opera houses including Covent Garden (Un Ballo in Maschera, Aïda, and Don Carlo), and the Teatro Comunale in Florence (Maria Stuarda). Verrett made her Metropolitan Opera debut in October 1968 singing the lead in Carmen and Eboli in Don Carlo. She was also named “Musician of the Month” by Musical America. Verrett added to her operatic repertory over the next few years both in Europe as well as in the United States including the roles of Didon in Les Troyens (Rome); Amneris and Leonora in Aïda and La Favorita (in Dallas); Dalila in Samson et Dalila (La Scala) and as Azucena in Il Trovatore (Covent Garden).

During the 1970s, Verrett reached the pinnacle of her career and was generally recognized as one of the concert world’s leading artist. In 1972 she was scheduled to debut with the San Francisco Opera as Selika in L’Africaine, but took over a performance a month early for a colleague by singing Amneris in Aïda with that company. After a two-year absence from singing in New York, Verrett returned to the Met and made operatic history by singing both Cassandra and Didon in Berlioz’s Les Troyens in a single performance. This feat elevated her career and stature even more internationally.

In 1974 Verrett scored another major triumph at the Met when she sang Neocle opposite Beverly Sills (in her Met debut) in L’Assedio di Corinto. The following year she scored yet another major success at La Scala Opera House by singing Lady Macbeth (which was televised throughout Europe) and came to define that role for future sopranos. La Scala offered Verrett a blank three-year contract which she declined. Verrett returned to the Met in Spring 1976 to sing Adalgisa in Bellini’s Norma, but took over the title role during the Met tour. This became another signature role and her favorite operatic heroine. Verrett continued to perform celebrated roles like Azucena, but added other soprano roles to her repertory including Madame Lidoine in The Dialogue of the Carmelites, Amelia in Un Ballo in Maschera and the title role in Puccini’s Tosca.

After a series of performances at the Met in 1978 (as Leonora in La Favorita), Verrett withdrew from performing for several months to address an allergy condition which she had battled for years. A diagnosis of candida albicans, a yeast infection, was finally made. Verrett solidified her place in the dramatic soprano repertory by performing Norma in Europe, Tosca on PBS Live from the Met, and eventually sang the roles of Aïda and Desdemona (from Otello) in Boston.

During the 1980s Verrett was on strained terms with the Met, but continued to make news by singing a joint concert with one-time rival Grace Bumbry at Carnegie Hall. This concert celebrated the 85th birthday of the legendary Marian Anderson. She sang Leonora in Beethoven’s Fidelio at the Met, but withdrew from several performances because of illness. Between 1983 and 1986, Verrett was in residence in France and sang several roles for the Paris Opera including Sinaide in Rossini’s Mose, Iphigenie in Gluck’s Iphigenie en Tauride, the title role in Alceste, and the title role in Cherubini’s Medee.  In 1984 Verrett debuted at the Verona Opera as Tosca. That same year the French Government recognized her artistic achievements with the Commandeur des Arts et des Lettres. Verrett suffered the most serious crisis of her career in 1987 when she was scheduled to sing Lady Macbeth in Rome. Even though she had lost her voice, she went onstage and attempted to “speak” the role. Audience jeers forced her to withdraw before the conclusion of the act. Verrett returned to Belgium that year to film the Verdi opera which was directed by Claude d’Anna.

After returning to the United States with her family, Verrett debuted with the Chicago Opera as Azucena in 1987. She appeared as Norma with the Monte Carlo Opera at the beginning of 1988, but near the end of the run her father, Leon Verrett Sr., passed away. By the 1990s Verrett was slowing down as an active opera singer, but added another opera role to her extensive repertory. Santuzza in Mascagni’s Cavalleria Rusticana was staged for her in Sienna. Verrett also made her big screen debut in a speaking role in the film Maggio Musicale which was released in Europe. She made her final operatic appearance in 1992 as Leonora in La Favorita in Seville and Madrid, but continued as an active recitalist.

During the 1994-95 season Verrett sang Nettie Fowler in a Broadway production of Rodgers and Hammerstein’s Carousel which garnered her more critical acclaim.  During her Broadway run, Verrett met and sang for Bishop Desmond Tutu who thanked her for not performing in apartheid South   Africa, although she had received several lucrative offers to perform there. In 1996, Verrett accepted a professorship at the University of Michigan and eventually was endowed as the James Earl Jones Distinguished Professor of Voice. In 1999 her singing voice appeared on the sound track of the Academy Award winning Italian movie, La Vita e Bella. The same year Verrett returned to New York to perform the lead in an off-Broadway production of Will Marion Cook’s musical In Dahomey. In addition to her teaching career, Shirley Verrett pursued an acting career. She was the recipient of many awards for her recordings and has been honored by the receipt of many honorary doctorates including those from Northeastern University, Holy Cross College and Virginia Commonwealth University. Her autobiography, I Never Walked Alone: The Autobiography of an American Singer, published by John Wiley and Sons was released in 2003. Shirley Verrett passed away on November 5, 2010 in Ann Arbor, Michigan of congestive heart failure. 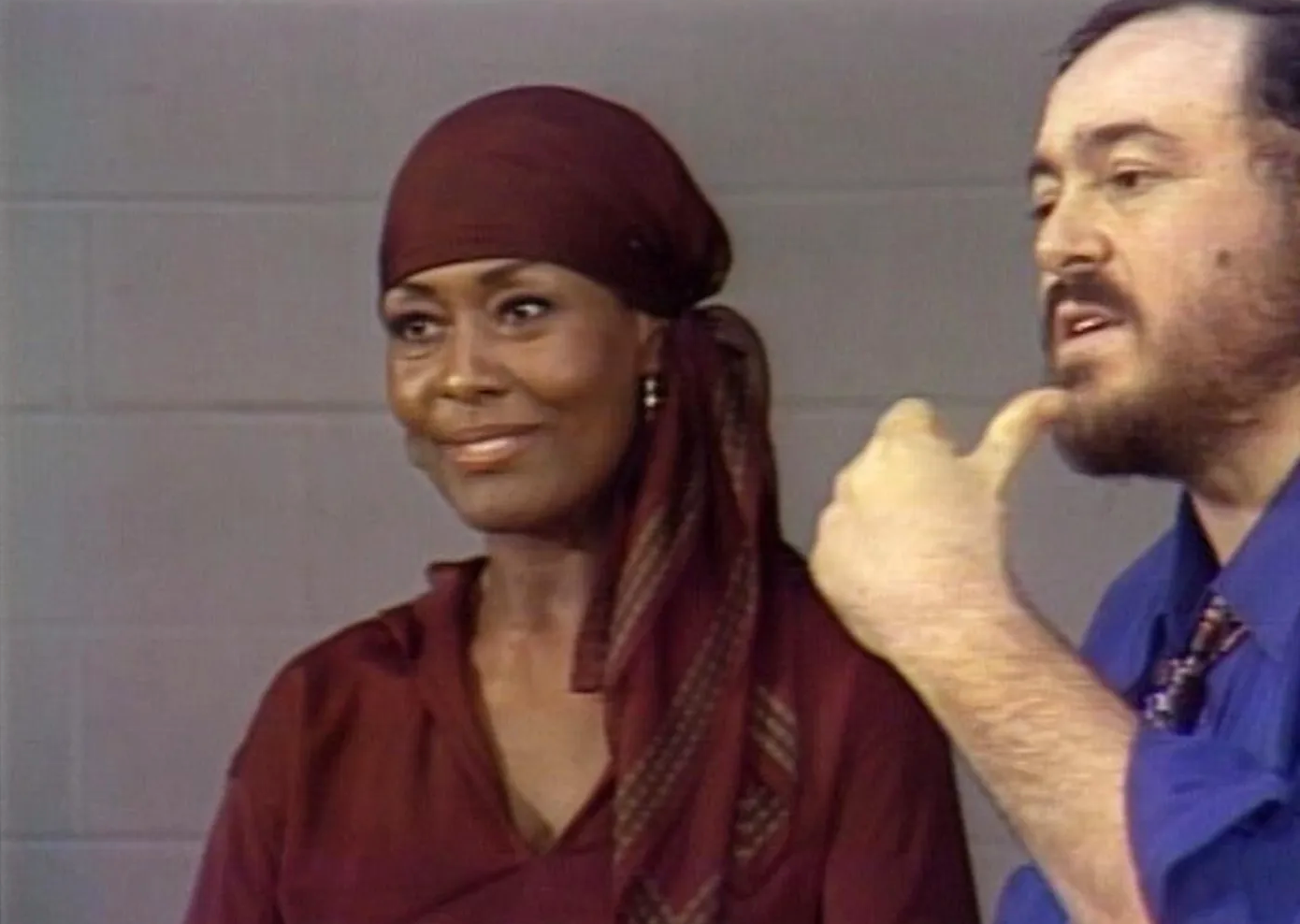