RONALD LEONARD is best known as winner of the 1955 Naumburg Competition, and former Principal Cellist of the Los Angeles Philharmonic, a post he held for 24 years. During that period he was guest soloist with the orchestra many times, performing works by Haydn, Dvorák, Berio, Barber, Shostakovich, Tchaikovsky, Beethoven, Brahms, Lalo, Elgar, Strauss, and others. Some of the conductors for these performances were Zubin Mehta, Carlo Maria Giulini, Simon Rattle, Michael Tilson Thomas, Mariss Jansons, André Previn, and Esa-Pekka Salonen. Leonard was also very active in the Philharmonic Chamber Music Society series.

Several years ago, when the Colburn School, where he has taught for many years, was looking for a conductor, Ronald Leonard was chosen because of his vast orchestral experience and his background in teaching and performing. It was felt that the orchestra needed a leader who was a good musician with an understanding of string playing that would enable him to work with the many problems specific to string instruments. Since teaching has been a major interest during his entire musical career, Leonard was just the right person for the job. Prior to his appointment as Principal Cellist of the Los Angeles Philharmonic, Leonard had been Principal Cellist of the Rochester Philharmonic and had taught at the famous Eastman School of Music, where he was professor of cello for 17 years. He has also been an artist/performer at many summer music festivals, among which are Aspen, Marlboro, Meadowmount, the Australian Music Festival, Musicorda, Bowdoin, Summerfest in La Jolla, and the Sarasota Music Festival.

In his many years of chamber music performances he has played with many of the world's leading musicians, including Rudolf Serkin, Leonard Rose, Isaac Stern, Jaime Laredo, Richard Goode, Peter Serkin, Joseph Silverstein, Itzhak Perlman, Pinchas Zukerman, Yefim Bronfman, and Yo-Yo Ma. He has also been a guest artist with some of the world's finest string quartets, including the Guarneri, Borromeo, Juilliard, and American Quartets. Since retiring from the Los Angeles Philharmonic, Leonard has continued his solo and chamber music activities at an even more hectic pace, as well as maintaining a very busy teaching schedule. He is the Gregor Piatigorsky Professor of Violoncello at the USC Thornton School of Music and is the cello teacher in the new degree program at the Colburn School. 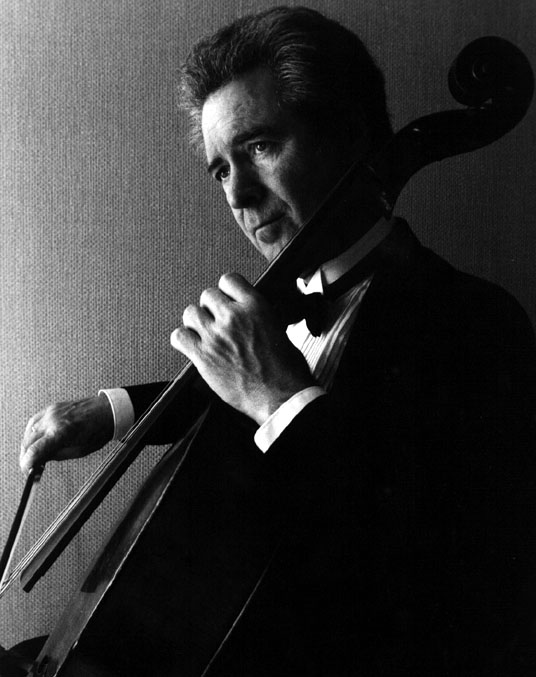