The Peabody Trio, winner of the Naumburg Chamber Music Award, has established itself as an important presence in the chamber music world as vivid interpreters of the classics of the repertoire, advocates for new music, and dedicated teachers and mentors to a generation of young musicians. The Peabody Trio gave its New York debut in 1990 at Alice Tully Hall and has since performed in the most important chamber music series in North America, including New York, Washington, Chicago, Denver, Vancouver, Montreal, San Francisco, Los Angeles, and San Diego. Internationally, they tour frequently in England, making repeat appearances at London‚Äôs Wigmore Hall, and in Japan and Israel. Their reputation as champions of new music garnered them an invitation to the first Biennale for contemporary music, Tempus Fugit, in Tel Aviv. Festivals including Tanglewood, Skaneateles, Cape and Islands, and Rockport have played home to their summer performances. Their radio broadcasts include performances on Saint Paul Sunday Morning, Performance Today, Morning Pro Musica, CBC, Radio-Canada, WGBH in Boston, and WQXR in New York. The Peabody Trio collaborates frequently with such eminent artists as clarinetist Charles Neidich, violists Roger Tapping and Maria Lambros, soprano Phyllis Bryn-Julson, baritone William Sharp, and actor Andre De Shields. Working with Walter van Dyk and Elizabeth Mansfield, The Peabody Trio is at the forefront of chamber music theater with a series of innovative, collaborative projects involving piano trio and actor. The Peabody Trio currently serves as the resident faculty ensemble of the Peabody Institute, a position they have held since 1989. They are frequently asked to perform educational residencies for chamber music organizations and have served as visiting professors at universities and conservatories both in the United States and abroad. Past Yellow Barn musicians (1998-2016). 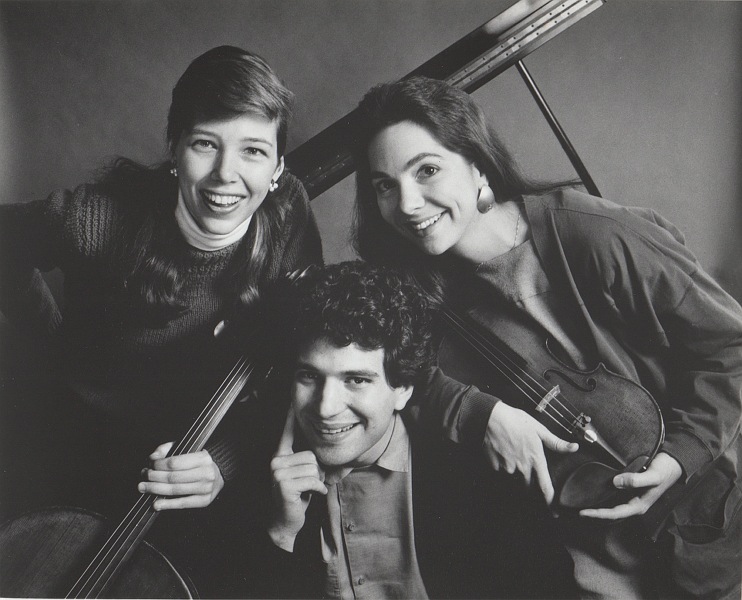