Recognized for its virtuosity, exuberant performance style, and often daring repertory choices, over the past twenty-six years the Pacifica Quartet has achieved international recognition as one of the finest chamber ensembles performing today. Named the quartet-in-residence at Indiana University‚Äôs Jacobs School of Music in March 2012, the Pacifica was previously the quartet-in-residence at the Metropolitan Museum of Art and has received multiple Grammy Awards for Best Chamber Music Performance. In 2017, the Pacifica Quartet was appointed to lead the Center for Advanced Quartet Studies at the Aspen Music Festival and School.

Formed in 1994, the Pacifica Quartet quickly won chamber music‚Äôs top competitions, including the 1998 Naumburg Chamber Music Award. In 2002 the ensemble was honored with Chamber Music America‚Äôs Cleveland Quartet Award and the appointment to Lincoln Center‚Äôs The Bowers Program (formerly CMS Two), and in 2006 was awarded a prestigious Avery Fisher Career Grant. With its powerful energy and captivating, cohesive sound, the Pacifica has established itself as the embodiment of the senior American quartet sound.

The Pacifica Quartet has proven itself the preeminent interpreter of string quartet cycles, harnessing the group‚Äôs singular focus and incredible stamina to portray each composer‚Äôs evolution, often over the course of just a few days. Having given highly acclaimed performances of the complete Carter cycle in San Francisco, New York, Chicago, and Houston; the Mendelssohn cycle in Napa, Australia, New York, and Pittsburgh; and the Beethoven cycle in New York, Denver, St. Paul, Chicago, Napa, and Tokyo (in an unprecedented presentation of five concerts in three days at Suntory Hall), the Quartet presented the monumental Shostakovich cycle in Chicago, New York, Montreal and at London‚Äôs Wigmore Hall. The Quartet has been widely praised for these cycles, with critics calling the concerts ‚Äúbrilliant,‚Äù ‚Äúastonishing,‚Äù ‚Äúgripping,‚Äù and ‚Äúbreathtaking.‚Äù

An ardent advocate of contemporary music, the Pacifica Quartet commissions and performs many new works including those by Keeril Makan, Julia Wolfe, and Shulamit Ran, the latter in partnership with the Music Accord consortium, London‚Äôs Wigmore Hall, and Tokyo‚Äôs Suntory Hall. The work ‚Äì entitled Glitter, Doom, Shards, Memory ‚Äì had its New York debut as part of the Chamber Music Society at Lincoln Center series.

In 2008 the Quartet released its Grammy Award-winning recording of Carter‚Äôs quartets Nos. 1 and 5 on the Naxos label; the 2009 release of quartets Nos. 2, 3, and 4 completed the two-CD set. Cedille Records released the group‚Äôs four-CD recording of the entire Shostakovich cycle, paired with other contemporary Soviet works, to rave reviews: ‚ÄúThe playing is nothing short of phenomenal.‚Äù (Daily Telegraph, London) Other recent recording projects include Leo Ornstein‚Äôs rarely-heard piano quintet with Marc-Andr√© Hamelin with an accompanying tour, the Brahms piano quintet with the legendary pianist Menahem Pressler, and the Brahms and Mozart clarinet quintets with the New York Philharmonic‚Äôs principal clarinetist, Anthony McGill.

The members of the Pacifica Quartet live in Bloomington, IN, where they serve as quartet-in-residence and full-time faculty members at Indiana University‚Äôs Jacobs School of Music. Prior to their appointment, the Quartet was on the faculty of the University of Illinois at Champaign-Urbana from 2003 to 2012, and also served as resident performing artist at the University of Chicago for seventeen years. 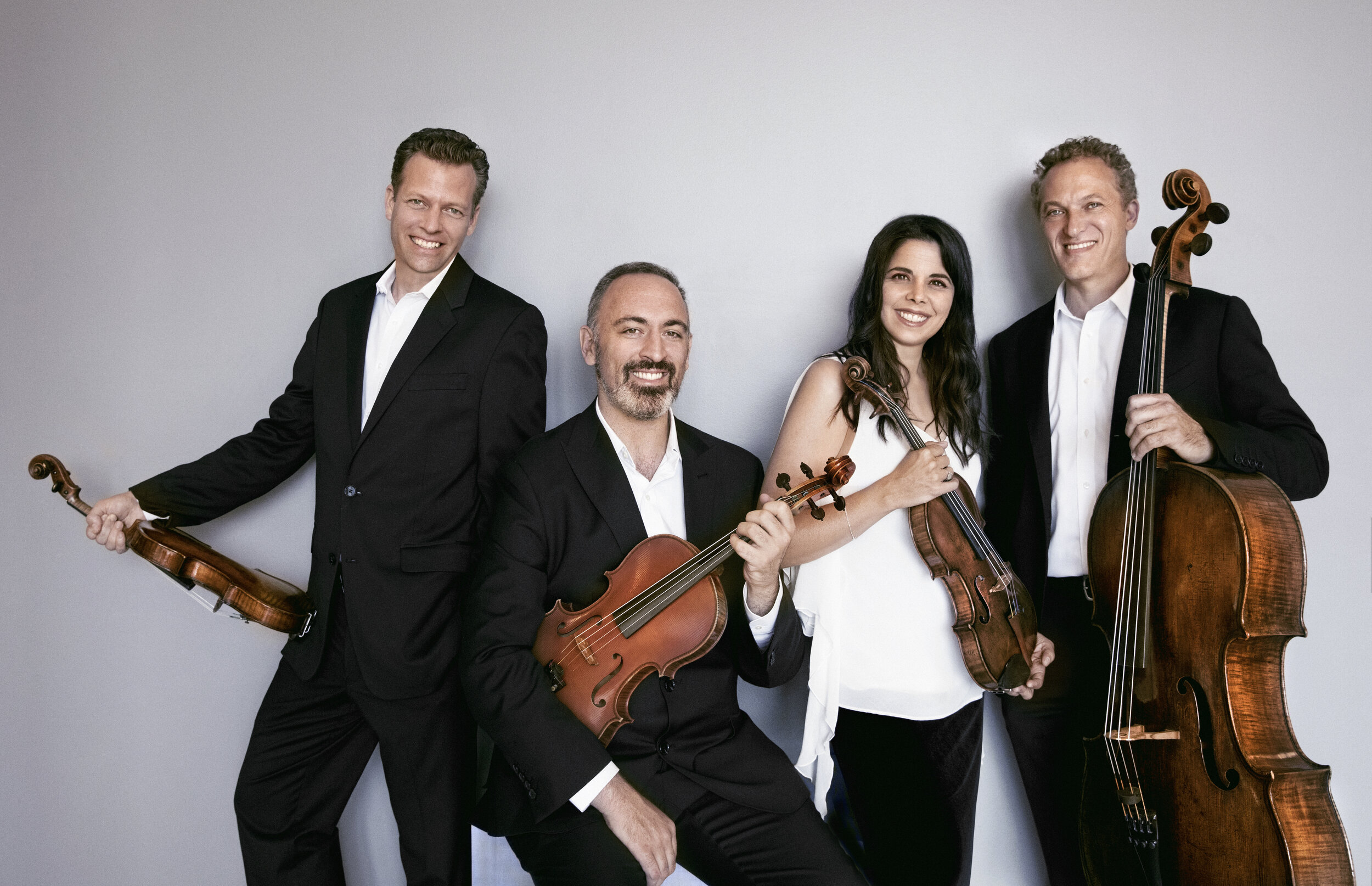