Uniquely gifted and creative violin virtuoso Nadja Salerno-Sonnenberg continues to bring joy to audiences whether from the stage, the TV screen, or the internet. Innovative, sharp and witty, she is truly an artist whose impact on the world of classical music is as deep as her love for the art.

An internationally-acclaimed soloist and chamber musician for more than 25 years, Ms. Salerno-Sonnenberg was named Music Director and Concertmaster of the New Century Chamber Orchestra in January 2008. Nadja’s debut with the orchestra was in September 2007, when energy, excitement, and pure joy filled the air as the musicians excelled in a program of Bach, Mendelssohn, Tchaikovsky and Kreisler. The violinist’s natural leadership, together with the ensemble’s artistic excellence made for an evening to remember, thus opening the door for future collaboration. Her first season as Music Director, 2008-2009, was hailed as a tremendous success by audiences and critics alike – “a marriage that works,” in her words.

A powerful and innovative presence on the recording scene, Nadja Salerno-Sonnenberg continues to enrich the collection of her record label NSS Music, which she started in 2005. The label already features several discs by Ms. Salerno-Sonnenberg and her collaborators, including pianist Anne-Marie McDermott and multi-talented musician and composer Clarice Assad. 2009 features the release in April of Originis, recorded by Nadja and the Assad brothers, Sergio and Odair, and in August of her first CD with the New Century Chamber Orchestra, featuring Astor Piazzolla’s Four Seasons of Buenos Aires.

Nadja Salerno-Sonnenberg’s professional career began in 1981 when she won the Walter W. Naumburg International Violin Competition. In 1983 she was recognized with an Avery Fisher Career Grant, and in 1999, she was honored with the prestigious Avery Fisher Prize. Ms. Salerno-Sonnenberg was born in Rome and emigrated to the United States at the age of eight to study at The Curtis Institute of Music. She later studied with Dorothy DeLay at The Juilliard School. 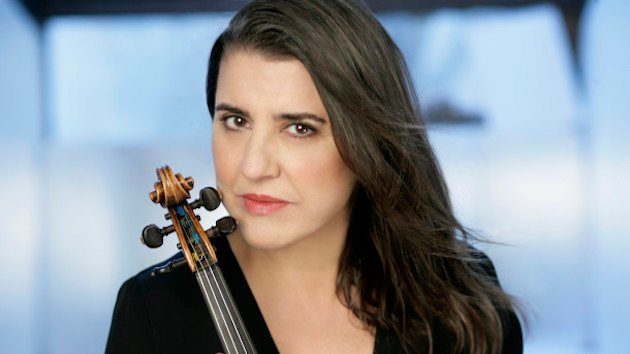