‚Äç
In its 35th season, the Muir String Quartet has long been acknowledged as one of the world‚Äôs most powerful and insightful ensembles, distinguishing itself among audiences and critics with its ‚Äúexhilarating involvement‚Äù (Boston Globe),‚Äùimpeccable voicing and intonation‚Äù (San Francisco Examiner) and ‚Äúunbridled musicality‚Äù (American Record Guide).

Winner of the 1981 Naumburg Chamber Music Award and 1980 Evian International String Quartet Competition, the Muir String Quartet first appeared on the scene in 1980, and was greeted with rave reviews and an extensive feature in the New Yorker. The quartet was also featured on the internationally acclaimed PBS broadcast, In Performance at the White House for President and Mrs. Reagan.  Formed in 1979 following graduation from the Curtis Institute of Music, the Muir String Quartet‚Äôs principal chamber music teachers were Felix Galimir and members of the Guarneri and Budapest Quartets.

Some of the awards Muir has garnered include a Grammy (Beethoven Quartets Op. 132 and Grosse Fuge/EcoClassics), a Grammy nomination (Mozart and Brahms Clarinet Quintets/EcoClassics with Mitchell Lurie), two Grand Prix du Disques, and the Gramophone Award. In its commitment to advancing contemporary American music, the Muir Quartet has had commissioned works written for them by such distinguished composers as Joan Tower (Night Fields), Sheila Silver (From Darkness Emerging), Richard Danielpour (Shadow Dances and Psalms of Sorrow ‚Äì featured on CBS Sunday Morning), Richard Wilson (Third String Quartet), and Charles Fussell (Being Music ‚Äì based on poetry of Walt Whitmen). The quartet also gave the World Premiere performance of the Native American collaborative work, Circle of Faith, featured on National Public Radio. Other premiered works include those by esteemed American composers Richard Danielpour (Feast of Fools ‚Äì for bassoon and string quartet), Lucas Foss (String Quartet #4), Ezra Laderman (String Quartets #9 and #10), Joelle Wallach (String Quartet #3), and Ronald Perera‚Äôs first Quartet. In 2013-2014, the Quartet continues its series at Boston University, Rhode Island College and with the Montana Chamber Music Society with a retrospective of works from old and new Vienna, and other performances around North America. 2011-2012 highlights included a tour of China, with concerts and master classes in Beijing, Xian, Shenyang and Shanghai. The Muir‚Äôs recording of the Kreisler, Berg Op. 3 and Schulhoff 5 Pieces was released on the KidsClassics label during 2013.

The Muir Quartet has been in residence at Boston University‚Äôs College of Fine Arts since 1983, and gives annual summer workshops at the Boston University Tanglewood Institute (BUTI).  The Muir Quartet has also given master classes at schools worldwide, including the Eastman School of Music, the Curtis Institute, Oberlin Conservatory, the Shepherd School of Music at Rice University, and conservatories in Beijing, Shanghai, and Xian, China.  Since 1989, the quartet has presented the Emerging Quartets and Composers Program in Utah with eminent composer Joan Tower. This program is now part of the Muir‚Äôs role as resident chamber ensemble with the Deer Valley Festival, in partnership with the Utah Symphony/Opera. 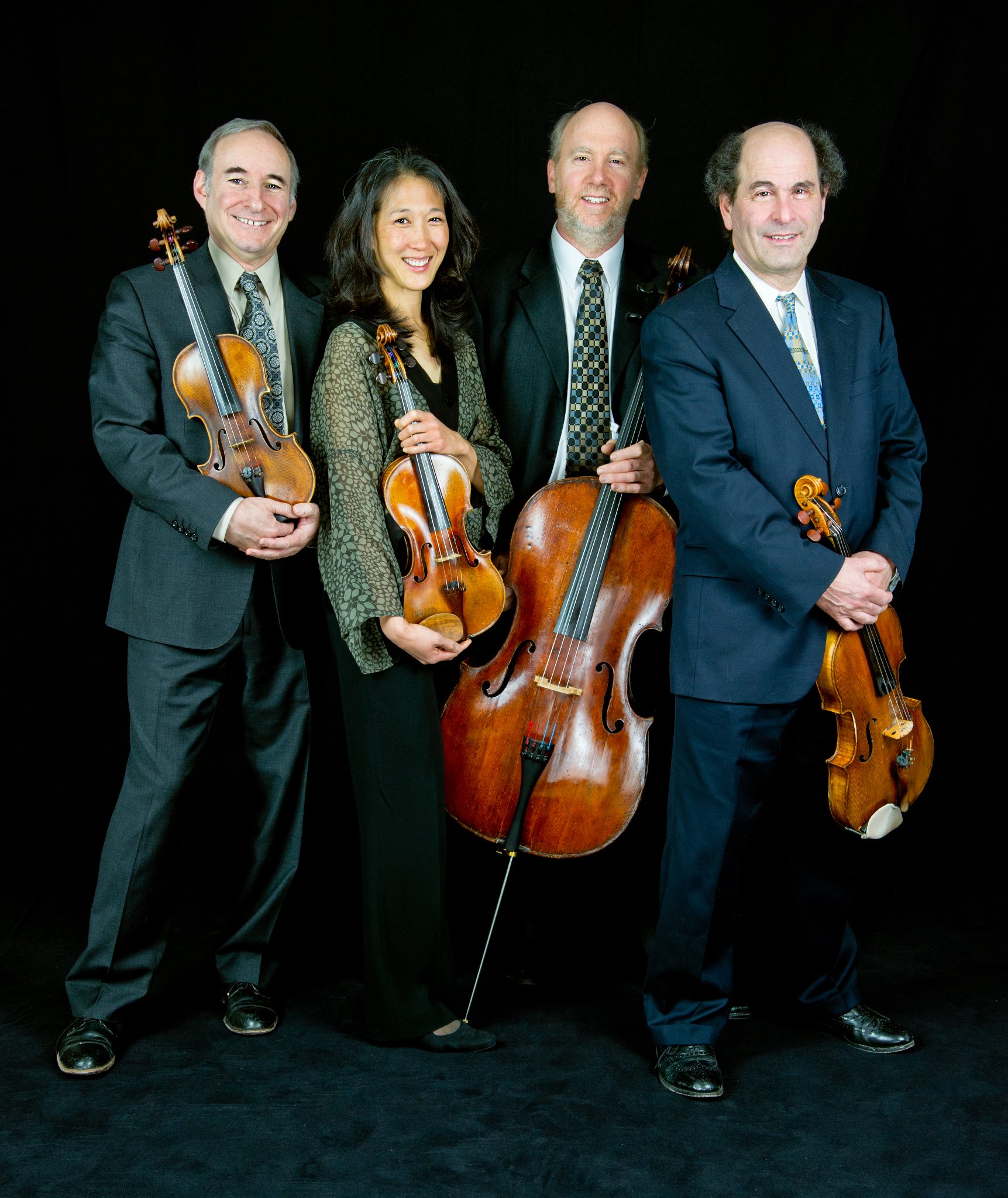