Kovach was born in 1932 in Chicago to her parents who came from Hungary. Her skills and training made her into a concert pianist. Her concert career started in 1949 and in 1951 she won the piano prize given each year by the Walter W. Naumburg Foundation. Her concert career took her to the UK, the Netherlands, Italy, Austria and Switzerland. From 1961 she put aside concerts and she began to work as a film director with her husband, Alexander Seiler [de]. He and Rob Gnant [de] had created the Seiler + Gnant film production company in 1960. In 1963 their film In Changing Gradients won the Short Film Palme d'Or at the Cannes Film Festival in 1963. Rob Gnant and her husband were credited as directors and Kovach was the editor.

She worked with Rob Gnant and her husband to create the documentary film Siamo Italiano which in 1964 highlighted the discrimination experienced by Italian workers in Switzerland. She co-directed, edited, and wrote the film as well as being the sound engineer. Three years later the trio created another documentary The Music Festival.

In 2003 she was sole director of the film Black Flowers - Gretler's Panoptikum which tells the story of Gretler, a farmer, who was about to retire when he realizes that something strange has occurred when all the flowers in his fields turn black. 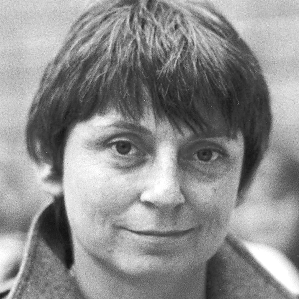