Barbara Hendricks was born in Arkansas, USA and received a Bachelor of Science degree in Mathematics and Chemistry at the age of 20. She later studied at the Juilliard School of Music in New York with Jennie Tourel. In 1974 she made her operatic debut at the San Francisco Opera and the Glyndebourne Festival as well as her recital debut in New York City's Town Hall.

Since that moment, Barbara Hendricks' career and artistry has never ceased to grow and she has become one of the world's most loved and admired musicians. She has sung on all the major opera stages in the world including the Paris Opera, the MET in New York, Covent Garden in London and La Scala in Milano. She has sung under the direction of the greatest conductors of our time such as Daniel Barenboim, Leonard Bernstein, Karl Böhm, Sir Colin Davis, Carlo Maria Giulini, Bernard Haitink, Herbert von Karajan, Lorin Maazel, Zubin Mehta, Wolfgang Sawallisch and Sir Georg Solti. She has always performed recitals with pianists such as Dmitri Alexeev, Michel Béroff, Yefim Bronfman, Michel Dalberto, Love Derwinger, Youri Egorov, Ralf Gothoni, Radu Lupu, Maria Joao Pires, Roland Pöntinen, Andras Schiff and Peter Serkin.

She has been acclaimed as one of the most active recitalists of her generation and in addition to her vast repertoire of German Lieder she is also known as a leading interpreter and staunch promoter of French, American and Scandinavian music. Barbara Hendricks also made numerous world creations of composers such as Gilbert Amy, David Del Tredici, Tobias Picker, Mari Takano, Bruno Mantovani, Krzysztof Penderecki, Arvo Pärt and Sven-David Sandström, and most recently in 2004 in Paris, the role of The Angel in Peter Eötvös'opera Angels in America.

She made her jazz debut at the Montreux Jazz Festival in 1994 and has since then performed regularly in renowned jazz festivals throughout the world with the Magnus Lindgren Quartet.

She starred as Mimi in the film La Bohème, directed by Luigi Comencini and Anne Truelove in 1994 in an international prize-winning film production of The Rake's Progress conducted by Esa-Pekka Salonen. She was a member of the jury at the International Film Festival in Cannes 1999, presided by David Cronenberg.

Barbara Hendricks is one of today's best-selling recording artists and has made more than 80 recordings for Sony, Decca, Deutsche Grammophon, Philips, Erato and EMI. From 1983 to 2004 she made nearly 50 recordings exclusively for EMI Classics. In 2006, she launched her own record label, Arte Verum, for which she is now recording exclusively. She is still very active performing orchestra, chamber music and jazz concerts, recitals and opera throughout the world.

After nearly 20 years of untiring service to the cause of refugees in collaboration with the UN Refugee Agency she has been named the only Honorary Ambassador for Life by the UNHCR and is given special tasks that demand her long unparalleled experience and commitment. At the end of 1991 and 1993, she gave two solidarity concerts in war-ridden former Yugoslavia (Dubrovnik and Sarajevo). In 1998 she founded the Barbara Hendricks Foundation for Peace and Reconciliation to personalise her struggle for the prevention of conflicts in the world and to facilitate reconciliation and enduring peace where conflicts have already occurred.

Barbara Hendricks has received numerous awards for her artistic achievements and humanitarian work: Doctor Honoris Causa from the Universities of Louvain (Belgium) and Grenoble (France), Doctor in Law from the University of Dundee (Scotland), Doctor of Music from the Nebraska Wesleyan University, and Honorary Doctor of Music from the Juilliard School of Music in New York. She is a Member of the Swedish Academy of Music, was awarded the Prince of Asturias Award (Spain), was made "Commandeur des Arts et Lettres" by the French Government and was awarded the rank of "Chevalier de la Légion d'Honneur" by François Mitterrand. 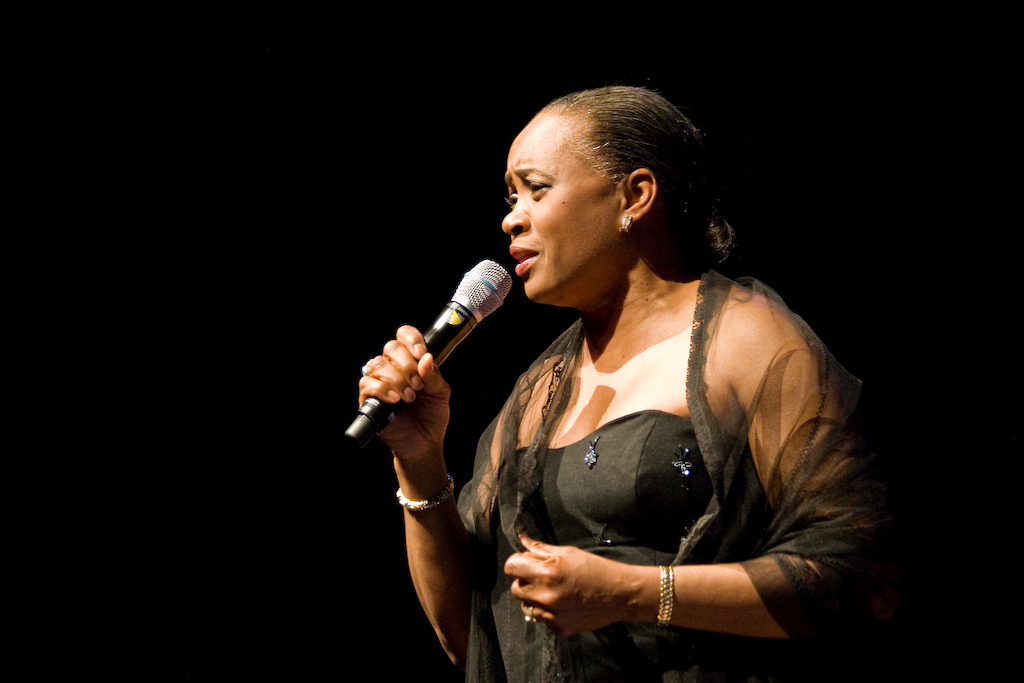