Pianist André-Michel Schub has been described by The New York Times as "pianistically flawless... a formidable pianist with a fierce integrity." He has repeatedly performed with the world's most prestigious orchestras, among them the Boston Symphony, the Philadelphia Orchestra, the Chicago Symphony, the Cleveland Orchestra, the Los Angeles and New York Philharmonics, the Detroit Symphony, the Royal Concertgebouw, the Hong Kong Philharmonic and the Bournemouth Symphony.

Since 1997 he has been music director of the Virginia Arts Festival Chamber Music Series, planning its chamber music programming and performing on a number of programs each year. Mr. Schub was the 1981 grand prize winner of the Van Cliburn International Piano Competition, 1977 recipient of the Avery Fisher Recital Award, and 1974 winner of the Naumburg International Piano Competition.

Born in France, Mr. Schub came to the United States with his family when he was eight months old; New York City has been his home ever since. He began his piano studies with his mother when he was four and later continued his work with Jascha Zayde. Mr. Schub first attended Princeton University and then transferred to the Curtis Institute, where he studied with Rudolf Serkin from 1970 to 1973. André-Michel Schub's recordings, for Vox Cum laude, Piano Disc, Musical Heritage Society and SONY Classical, include works of Beethoven, Brahms, Mozart and Liszt. He is currently on the piano faculty at the Manhattan School of Music. 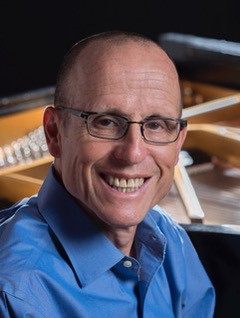